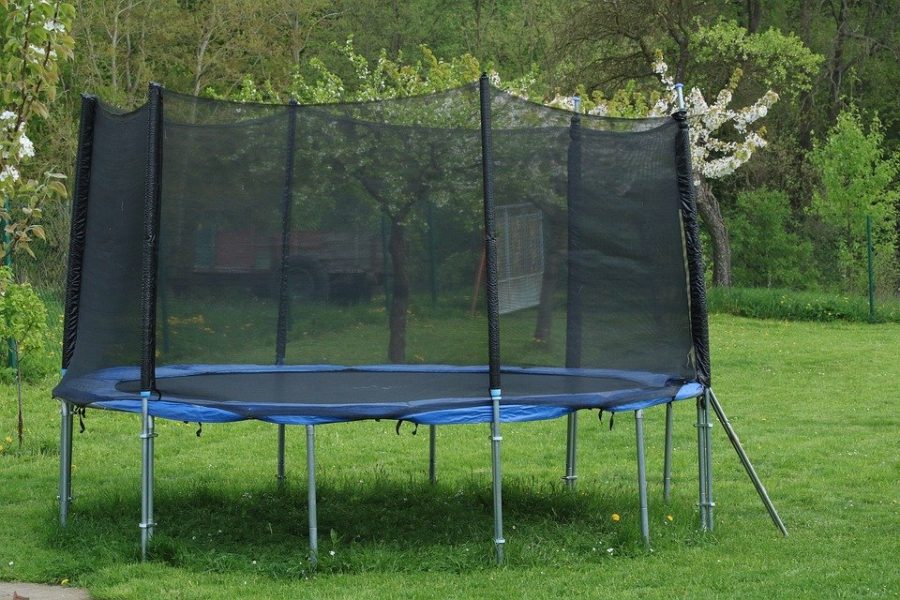 This is only a quick comparison of the three popular trampoline brands.  You should be able to get a general idea of what each trampoline offers in comparison to each other.

Note: Sportspower has their own line of trampolines called BouncePro.

Over the years, I’ve had to upgrade our trampoline in size and had the luxury of owning three different brands.

This review is from the perspective of quality and craftsmanship rather than comparing them exactly since they were not of the same size. Reason being that the larger trampolines would require heavier and thicker poles which can skew the perception of quality when comparing to the thinner poles used by smaller trampolines.

One other thing to note is that the trampolines photos were taken when it was setup in the home during the winter but were also used extensively outdoors in the warmer seasons. Due to the inconvenience and timing we only captured the photos when they were indoor at the time of writing this article.

All safety and precautions were taken when used indoors. The trampolines were just tall enough to be setup and those using them were never injured since their highest jump did not allow them to reach the ceiling.

Price Ranking (highest to lowest) – based on comparable sizes

Upper Bounce had the best packaging and boxing compared to both Jump Power and Bounce Pro. All the trampoline boxes came in two.

Upper Bounce boxes were tightly secured and taped more uniformed allowing easier transport handling so there will be less chances for shipping damage. Jump Power and BouncePro were rated equal in this category. 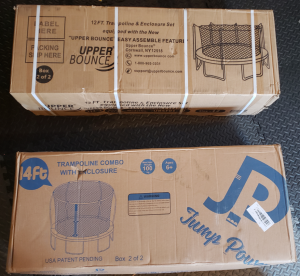 The rankings are based on how easy the instructions are to follow and the material quality it’s made from.

Upper Bounce comes out on top in this category. Their instruction manual was very readable, with plenty of diagrams and was well-put together. Whereas the manual for Jump Power and BouncePro Trampoline were folded pieces of paper. Upper Bounce also included sturdy screw drivers and screws to accompany the trampoline setup. The tool to help pull the springs towards the bouncing mat is easier on the hand as well. 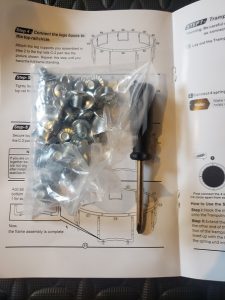 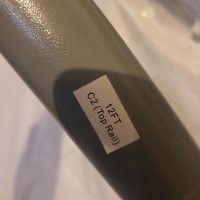 Upper Bounce is made with very good quality material, including: 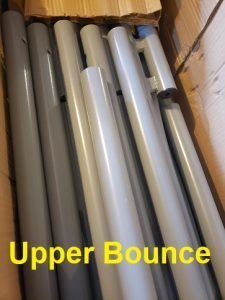 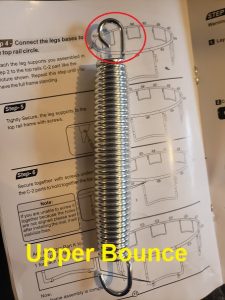 The one area that Jump Power and BouncePro may triumph over Upper Bounce is the durability for the enclosures. If you have children who loves to push or fall against the net, then the Upper Bounce enclosure may need some attention. Trampolines should be used by 1 person and with proper care and supervision. Attention may be required if abuse (pushing against the net) is over the course of time due to wear and tear since the net is held up by just a loop at each end, oppose to metal steel rings. The ends where the net and poles meet should be regularly inspected to avoid any accidents.

Both BouncePro and Jump Power does have metal rings to keep the netted enclosures more secured. The Jump Power however, has an Internal Safety Net Enclosure System, this means it’s attached to the outside of the jumping mat and inside of the springs. 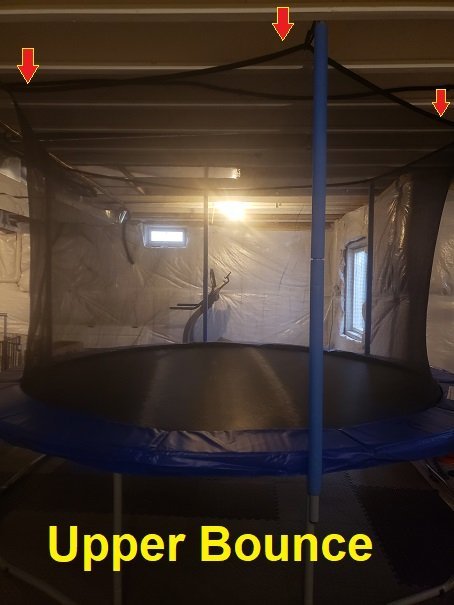 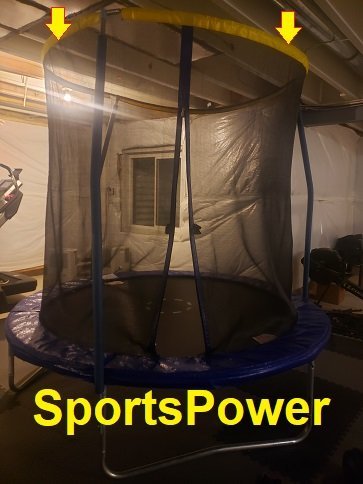 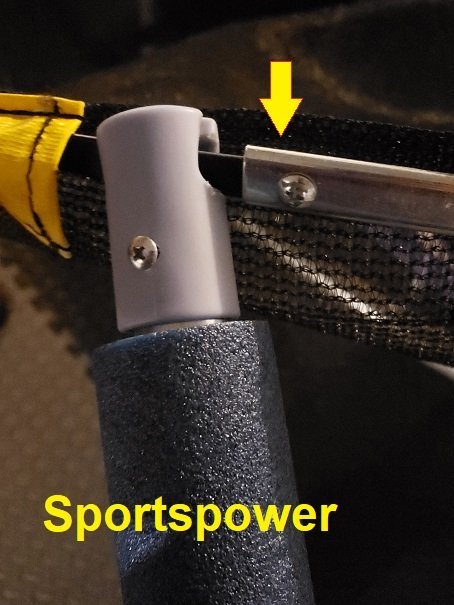 In comparison to the bounciness, Upper Bounce has a more responsive and elasticity effect. Jump Power comes in second and BouncePro has a less bounce of the three.

In hindsight, the kids barely noticed the difference when their having so much fun.

The old saying that “you get what you paid for” applies here. While all three trampolines are good brands, you’ll receive higher quality craftsmanship from Upper Bounce due to the price tag.

If you’re on a budget, I feel that the Jump Power and Sportspower BouncePro trampolines are comparable. It will come down to your needs.

An honorable mention is the Skywalker which is a budget trampoline that may be worth looking to as well. Having seen one in person, it’s pretty comparable to the Jump Power and Sportspower BouncePro trampoline.

Any additional thoughts, comments are welcome below! 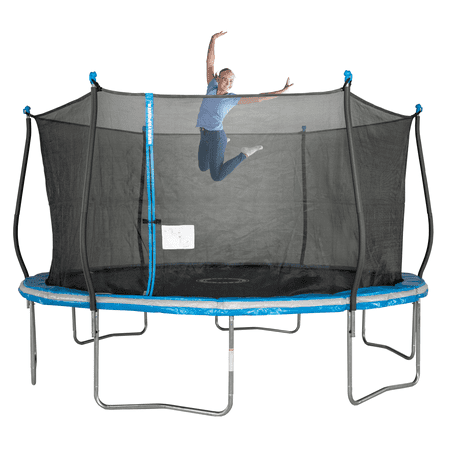 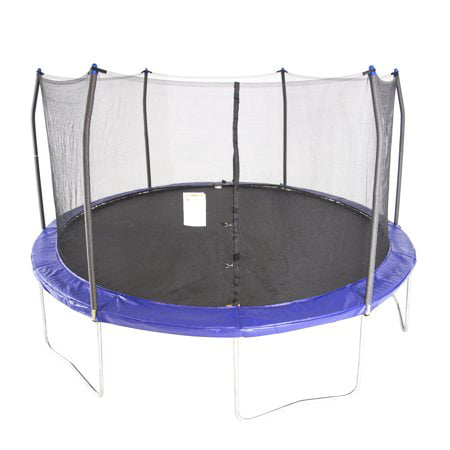 Types of Teas and their Health Benefits